The Toronto Concert Band will be holding its formal launch announcement on May 24, 2014 at the Etobicoke Youth Band’s Spring Musical 2014 concert at the MacMillan Theatre, in the Faculty of Music at the University of Toronto.  Join us there and sign up for this great new band!

Join the Toronto Concert Band for its premiere performance at the prestigious Glenn Gould Studio in the heart of Toronto’s entertainment district.

The Toronto Concert Band is comprised of 60 musicians of all ages. It is led by two band music icons in the city of Toronto, Les Dobbin and Ken Hazlett. With over six decades of concert band leadership between them, this performance represents a milestone for music in the city.

The concert programme is loaded with rich and varied repertoire – from Percy Grainger and Ralph Vaughan-Williams to Robert W. Smith and Eric Whitacre to Frankie Valli and The Beatles – including hot Spanish rhythms, jaunty sea songs, timeless folk pieces, modern themes and splashy Jersey Boys hits. Make it a night out, with dinner at one of countless nearby restaurants then head over to the studio, or enjoy the concert and hit the town afterward.

Join us for our second concert on Friday, June 12, 2015 at Glenn Gould Studio.  We will be featuring popular concert band repertoire including The Hounds of Spring, Salvation, October, Selections from Les Miserables, the Blues Brothers Revue, Bayou Breakdown and so much more.

Interested in joining the Toronto Concert Band? Then bring your instrument and join us for our open rehearsal! More information coming soon.

Please join us in the first concert of our second season, the 2015 Fall Concert! The Toronto Concert Band is the city’s latest community concert band, and is comprised of 75 musicians from all over the Greater Toronto Area. Directed by Les Dobbin and Ken Hazlett, the TCB is critically acclaimed and will be performing at the intimate but incredible Glenn Gould Studio in the heart of Toronto’s entertainment distict. Our concert will feature a number of classical and popular pieces, including Carmina Burana mvts 1-4, Shenandoah, Ross Roy, Bond… James Bond, Kingsmere Overture, Tir Na Nog, Quad City Stomp, Fields of Honor, Selections from Grease, and much more!

Join us on February 20th at 7:30 for our first concert in the community. We will be performing in Etobicoke at Islington United Church. Our concert, Pipe Dreams, will be featuring organist Dr. John Derksen performing Toccata in B minor by Eugene Gigout and Symphony #3 (III. Finale) “Organ Symphony” by Camille Saint-Saëns with the band. 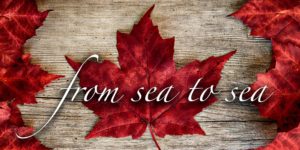